Though Rampage 2017 still feels like yesterday, we come to realize that there are only few weeks to come until Rampage 2018 hits! If the preceding editions were scheduled on one night, 7pm to 6 am, the organizers dreamt big this year, offering us a mini festival event running for a whole weekend. No more afterparty rest, this year we’ll have to rave on!

The party’s incomparable scenography and vjing will once more be surpassed by the Rampage team, announcing absolutely crazy statistics on the technique : 200.000W soundsystem, 2000m2 LED screens, 400 projectors, 200 CO2 blasters, 500 lasers… Feels like it will be one more edition of standing in front of the stage, stunned.

If the event now known as “Europe’s biggest bass music party” is obviously one of the highlight meeting points for all the junglists and bassheads, it’s majorly thanks to its fantastic line up, on one hand very accessible for the “lambda” bass music fan, and on the other hand very, very on point for the connoisseurs. 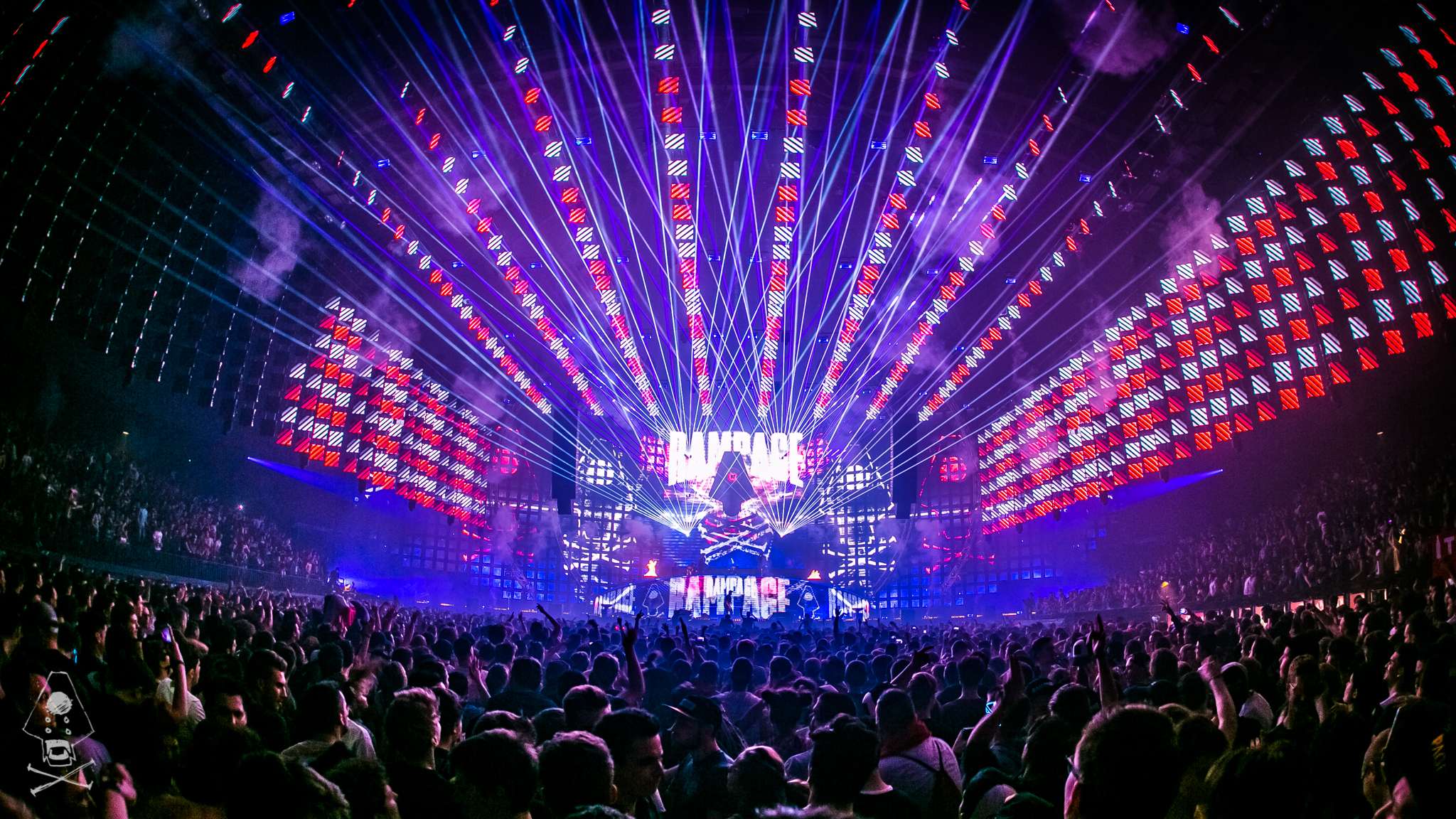 The 2018 edition will offer, on the Friday night, tenors such as Andy C, Flux Pavilion, Pendulum or Doctor P, which we all have seen at least ten times (but are looking forward to see an eleventh one !) we’ll also have the chance of seeing artists such as the American mastodon Snails for one of his first Europe shows, the golden triangle Kings Of The Rollers (Serum, Voltage and Bladerunner) and their deep roller/jump up anthems – which is quite a premiere at Rampage – but also Killbox aka the phenomenal association between Ed Rush and Audio which smashed us at Let It Roll last summer, or some jump up pillars such as Logan D, Upgrade or Turno.

And the Saturday… After a massively viral set (1,5M views on youtube) last year, the SASASAS crew is back and promised their fans to smash the dancefloor like never before. And we trust them on that. For the second night, we’ll also have the pleasure to see our very dear French duo Dirtyphonics, which already played in 2015, but also the festival’s big boss aka Master Murdock, the very expected Virtual Riot and Barely Alive which should be a historical B2B, or the master duo Matrix & Futurebound which we all know the dancefloor anthems from.
(Special mention for Brookes Brothers, one of the duo that made us discover Drum & Bass back in the days – Editor’s note)

With its always more eclectic line up, there is no doubt that Rampage is becoming a major international Bass Music event. Friends from all over the world, time has come to gather and celebrate this musical mass in Antwerp, on the 2nd and 3rd of March.